Since the days of the stagecoach, the original rapid transit, there have been innumerable tales ranging through all sorts of predicaments and dilemmas to incredible achievements and successes. This is because transit concerns people. Transit is the process of moving people.

That may sound simple. It isn’t. All over the world, transit systems are gathering points for all sorts of people: the good, the bad, the ugly, saints, freeloaders, the emotional, lovers, artists, writers, shoppers, shift workers, animal lovers, vegetarians, political and philosophical radicals and more. It’s a marvelous living mosaic. It’s a veritable mine, rich in stories about people.

Some years ago, Heinz Hammer, a BC Transit operator in Surrey, British Columbia, had a dream. He envisioned the pulling together of “people stories” from transit systems all over the world. He believed in his dream, and he started the work. This book is the result of over two years of dedicated research and writing.

You’ll read about the California lady who went to a ferry terminal washroom and accidentally tore her blouse. How did she bring this to the attention of the authorities? She wrote a poem. The ferry transit people were impressed, and replied by way of another poem. 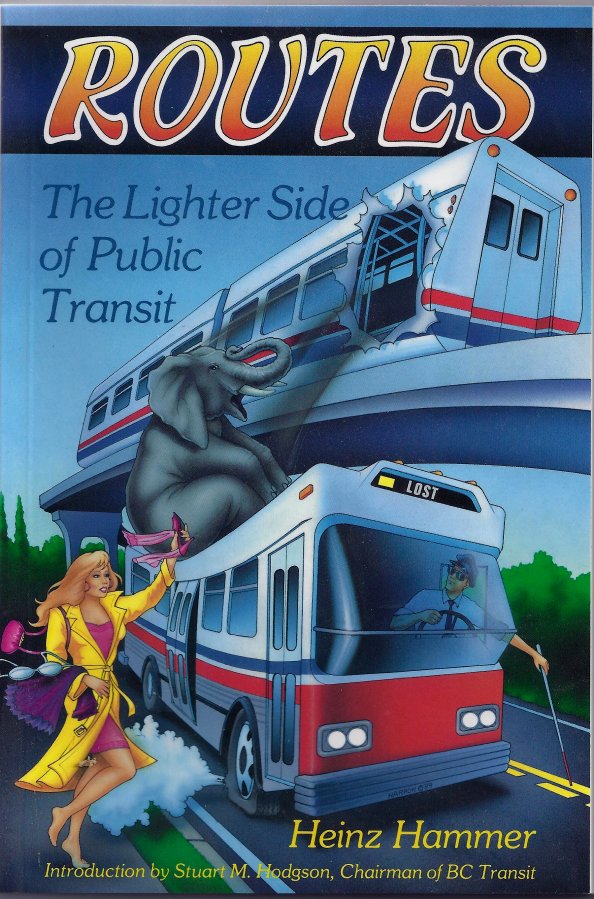 Then there was a boy in Germany who loved goldfish, but he was not allowed to keep them at home. Believing someone would care for them, he carefully left them on a bus with a note and all his pocket money. The story made headlines throughout the West German press.

Heinz Hammer received stories from 33 countries around the world. Many are in his book. It makes good, light, enjoyable reading, but ROUTES goes further. It provides a deep insight into human nature and shows that behind the hustle and bustle of the everyday world of transit, there are many people who are kind, compassionate and interesting. If you have problems wondering what life is all about, ROUTES will help restore faith in human nature and the cosmos.